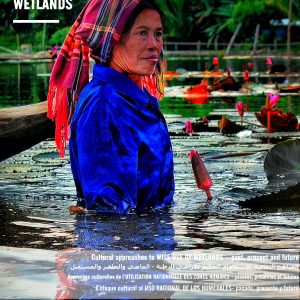 ide event on “Cultural approaches to wise use of wetlands – past, present and future” was organised by a number of organisations, led by the Government of Tunisia, in the framework of Ramsar COP13. The focus of the event was the intrinsic relationship between humans and nature through time, and the promotion of wise use that relates closely with the specific character and history of a wetland site. The agenda included a set of presentations, a panel discussion on the future of culture and wetlands and hosted a number of posters on projects related to culture and wetlands. The presentations included:

– Restoration and conservation of a traditional water use system-UAE, from Emirates Nature –WWF

On Monday, 29 October 2018, COP13 plenary adopted Resolution 18.16 Cultural values, indigenous peoples and local communities, and climate change mitigation and adaptation in wetlands, a new resolution on culture and wetlands. Two other relevant resolutions were adopted in the past, Resolution VIII.19 during COP8 and Resolution IX.21 during COP9.

PDF posters on culture and wetlands