The cultural aspects of wetlands are being afforded an increasingly important role in the effective management of wetlands. This was recognized by the Ramsar Convention in 2001 through COP resolutions VIII.19 and IX.21. Ramsar also set up a Culture Working Group (CWG) in 2005 with international members who aim to enhance and implement the Ramsar Convention’s guidance on culture-related issues. In 2008, the Ramsar CWG published Culture and Wetlands: A Ramsar guidance document, an important publication on the cultural aspects of wetlands.

MedWet has also been involved in the cultural aspects of wetlands since 2003, primarily through the work of SEHUMED, the Spanish wetland centre which is a member of the MedWet Scientific and Technical Team. MedWet is reactivating its interest on the cultural aspects of wetlands by establishing a MedWet Culture Network. This network will, firstly, closely monitor and collaborate with organisations and experts involved with issues relating to culture and wetlands in the Mediterranean and, secondly, collect and categorize information from various sources including activities, reports, case studies and events. The MWC Network will then present this information in a coherent manner which may lead to eventual publications. The Network’s members who will be drawn from various professional backgrounds and organizations including MedWet/Ramsar focal points, the MedWet Scientific and Technical Team, NGOs and academia and will include other experts and interested individuals. MWC network members will be the main source of information on culture and wetlands in the Mediterranean. 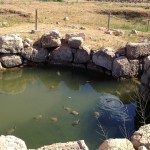