Launched in 2011, this project aimed to strengthen restoration efforts in specific wetlands – one each from the south, east and north Mediterranean – by focusing on local cultural values, along with applying and refining the relevant parts of the Ramsar guidance on culture and wetlands to the sites.

Three major, yet degraded, Mediterranean wetlands were selected for the project – Lake Karla in central Greece, Larnaka Salt Lakes in Cyprus and Lake Tunis in Tunisia – to demonstrate how cultural values can contribute directly to the effectiveness of nature conservation. The work on these sites, including the establishment of partnerships in each of the areas to harness cultural traditions in the restoration of the respective wetlands, was carried out in collaboration with the MedWet Initiative and local stakeholders. Through having local partners, the sites will continue to be monitored after the completion of the project, thereby contributing to their future sustainability.

Work in the pilot sites

Until it was destroyed in the 1960s, Lake Karla was one of Greece’s most important wetlands. The lake’s rich biodiversity and vibrant fishing culture was lost, however, when the water was drained for agricultural land. While restoration work is currently under way, it has so far not delivered the hoped for results. To help improve the situation this Med-INA project takes an integrated approach, through activities which include carrying out an inventory of the area’s natural and cultural heritage, making this knowledge widely available through a website and a printed walking guide, and by introducing the cultural aspects of the Lake Karla region to the international SIGMA management project, guaranteeing their incorporation in the project’s final proposals. These various activities aim to ensure the involvement and participation of local stakeholders while at the same time raising awareness and attracting visitors to the area, thereby stimulating the local economy. Watch video from Lake Karla.

The Larnaka Salt Lakes were once an important ancient port and a significant Mediterranean salina during the Middle Ages, while on the shore of the wetland stands the Hala Sultan Tekke, one of the world’s holiest Muslim sites. The project aims to make use of the Larnaka marina and the international airport which was unfortunately built in the wetland to encourage visitors to experience the rich cultural and natural heritage of this Ramsar and Nature 2000 site where pink flamingos and thousands of migratory birds spend part of each year, thereby creating a stronger motive for the conservation of both. Included among the many ways in which the project intends to stimulate visitor interest are exhibitions, walking tours and educational activities, as well as creating the incentive for the construction of a major visitor centre. Working together with local partners such as the Department of Antiquities of Cyprus, the Ministry of the Environment and Larnaka Municipality, Med-INA is coordinating activities aimed at preserving this historic and important wetland. Watch video from the Larnaka Salt Lakes.

An important sanctuary for many bird species, Lake Tunis became a largely devastated wetland a few decades ago, its rich natural and cultural heritage lost because of urban pressures and severe pollution. While the pollution has been controlled within the framework of a greater urban regeneration project, the site is nonetheless still under considerable threat, particularly as the city of Tunis is built on its shores and the site is a major tourism destination. Plans had been in place to use the Fort of Chikly, a restored national heritage monument, as an ecological and cultural interpretation centre, but they have recently been postponed. Nevertheless, Med-INA is preparing a study of the carrying capacity of the area around the natural reserve of the isle of Chikly in an attempt to evaluate the number of visitors the site can receive which can act as a guideline for the management of visitors throughout the lagoon. Additionally, Med-INA is organising a workshop in the city of Tunis, where experience gained from all three sites will be exchanged alongside the evaluation of the role tourism plays in relation to wetland restoration activities. Watch video from Lake Tunis. 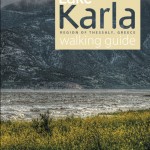 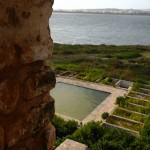 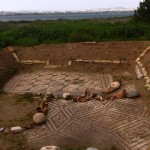 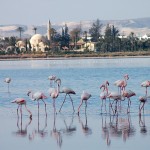 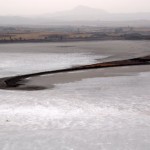 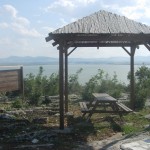 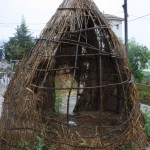