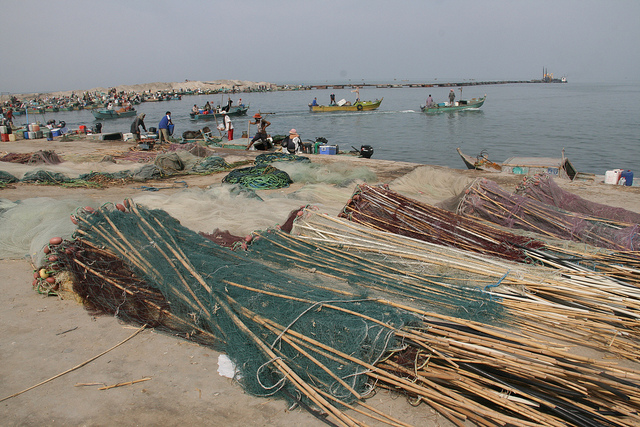 The Zaranik protected area is located at the eastern end of Lake Bardawil, on the Sinai’s Mediterranean coast and forms part of the lake. The wetland is the least polluted in Egypt—indeed, one of the least polluted sites in the entire Mediterranean region—and is a major wintering and staging area for large numbers of waterfowl (20% of the total number arriving from southern Europe and Russia). In addition, the region is an important spawning ground for fish as well as the site of Egypt’s first bird observatory. It is separated from the Mediterranean by a narrow coastal strip and communicates with the sea through three natural, and one artificial, inlets. Another water source is subterranean water from rainfall in the northern plateau of Mt. El-Maghara. The lagoon is shallow with numerous small islets, most of which are covered with dense saltmarsh vegetation. Mudflats and saltmarshes line its shores.

Historically, it was part of a very important trading route that crossed the entire region linking Egypt with the East. Numerous pottery shards found scattered around the site provide evidence on its history. The site of Ostarkine, a Roman settlement located on Felusyat Island, lies within the boundaries of the protected area. The name of the island is derived from the Arabic word felus, meaning money, and derives from the coins which locals have found in large numbers around the site. The remains of two Byzantine churches also stand on the island.

The Zaranik area is populated by 3000 Bedouin divided between four villages, while a number of fishermen also migrate seasonally to the southern part of the lake. Although the site and its surroundings are considered government property, the Bedouins claim traditional land ownership. Locals are involved in fishing, pasturing and bird hunting. They mainly use traditional techniques and respect the hunting seasons.

Salt extraction is a relatively new activity. A salt factory was recently built on part of the lagoon’s salt pans.

Bedouin tribal laws are in force among the population along with gender-oriented tasks (women, for example, are the shepherds of the community).

An administrative building and visitor centre is now operational and educational material has been distributed—and training in wetland conservation and management provided—with funding from the Ramsar Small Grant Fund.