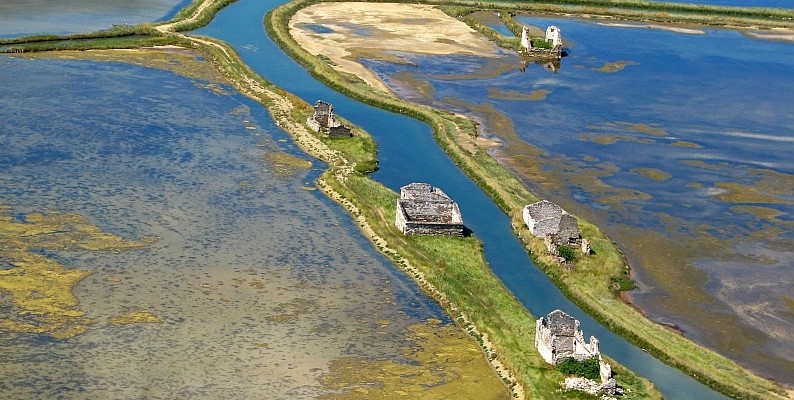 The site is situated on the Adriatic coast at the mouth of the Dragonja River in the southernmost stretch of Piran Bay. The Sečovlje saltpans are among the most important natural heritage sites in Slovenia, as they form a very special environment which hosts a large number of breeding, staging and wintering birds, as well as a number of nationally rare invertebrates and halophytic plants. The site has been repeatedly transformed by the forces of nature, which have created a series of diverse biotopes which complement one another and compose an integrated ecosystem. Only organisms well-adapted to this special environment (salt basin water is several times saltier than sea water) can survive; such organisms include the smallest mammal in the world: the Etruscan shrew (suncus etruscus).

The town of Piran is an old Mediterranean town boasting numerous medieval structures. It is the birthplace of the famous composer and violinist Giuseppe Tartini. Its impressive city walls were built in the 7th century AD, extended in the 12th century and further fortified in the 16th century in an attempt to protect Piran against Turkish raids. Dating back to the 13th century (the statutes of 1274), the municipal archives of Piran reflect a rich historical tradition.

In the past, the local inhabitants’ income was mainly derived from the exploitation of the sea and the land. The Mediterranean climate was favourable for the production of vegetables, wine and olive products. The local inhabitants’ link with the sea stretches back into the distant past, and the salt pans in the Dragonja Delta have been in operation for hundreds of years. During the Napoleonic period, large salt storehouses were built in Portoroz, stimulating a vigorous maritime trade. When some areas were abandoned in the early 20th century, it allowed the saltmarsh to re-establish itself. Today, salt production in Strunjan and Sečovlje is still conducted in the traditional way with the brine being gathered daily off the bio-sediment or petola.

The management of the Sečovlje Salina Nature Park has been handed over to a private company (SOLINE Pridelava soli d.o.o.), which runs the site according to the management plan approved by the Government of Slovenia. The company exploits part of the income, while applying measures relating to the park’s sustainable development and promoting environmentally-conscious policies. A salt-making museum has been established in the abandoned Fontanigge saltpans and features a wide collection of salt-making tools along with two salt repositories. The museum serves an educational purpose within an ecotourism framework.

The salt-making festival takes place three times a year during the salt production period, which lasts from April to August. The festival is organised by the Park and the local communities and includes significant cultural events, such as traditional dances and local product exhibitions.